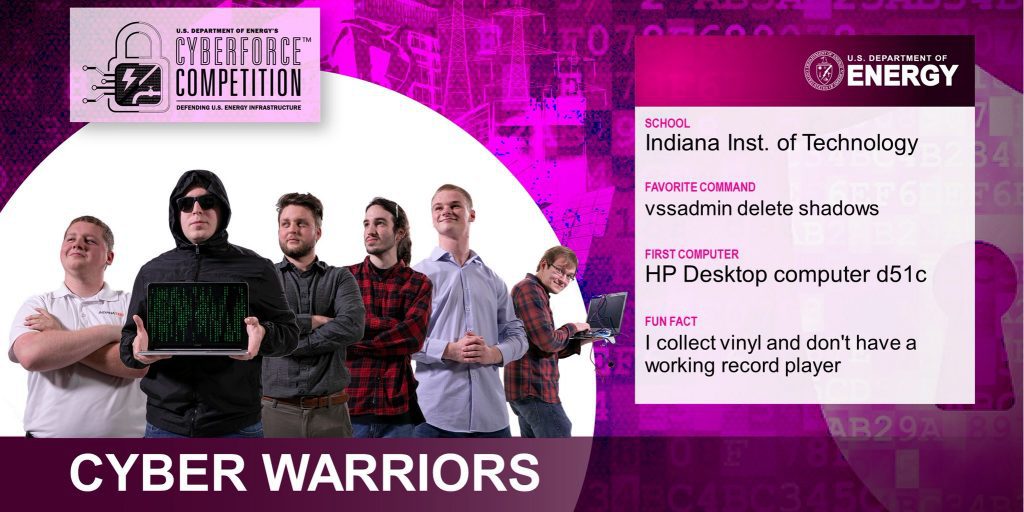 In 2019, the Indiana Tech Cyber Warriors competed in our third United States Department of Energy CyberForce Competition. After flying out to the Pacific Northwest Laboratory in 2018, we returned to Argonne National Laboratory for the 2019 competition with some of the best schools in the country. Among the numerous competitions in which the CyberWarriors take part each year, CyberForce is itself unique with the design component. Each year the teams are given a scenario along with a few requirements. 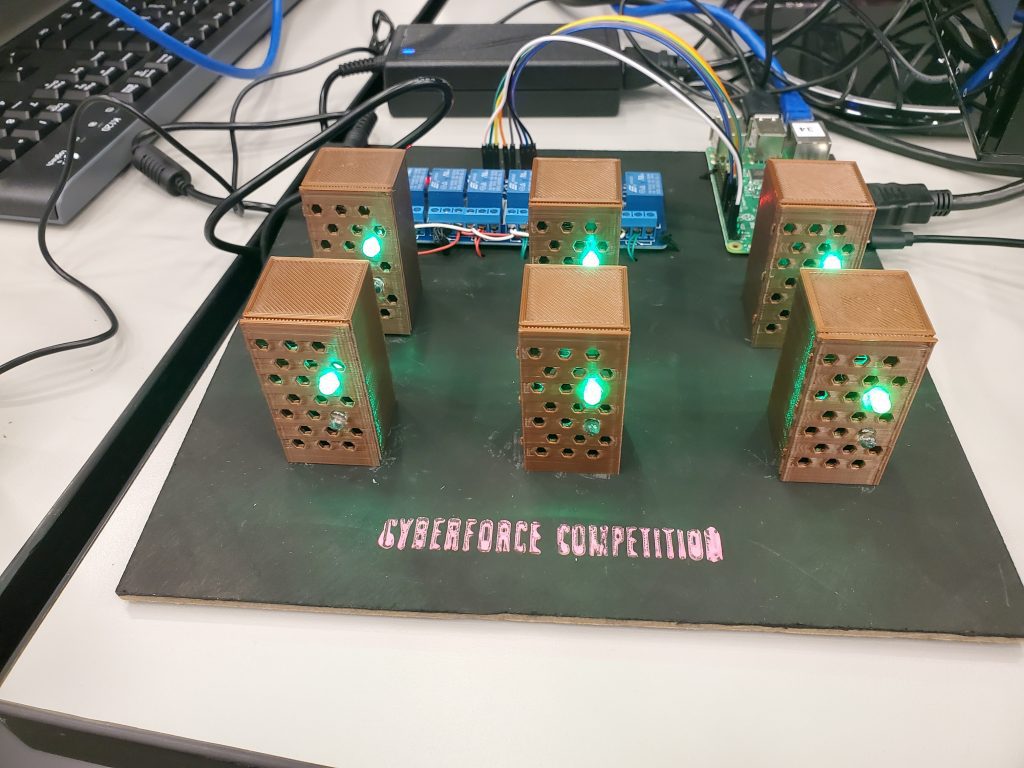 The teams are given a few weeks to design the environment to be as secure as possible while protecting the mock critical infrastructure, using environments distributed in the Microsoft Azure Cloud and are required to submit substantial documentation on both the security design and end-user functionality of systems.

During the 8 hour competition, the “blue teams” (competing teams) are tasked with keeping their services up and running (website, email, power grid, manufacturing facility, etc.) while simultaneously keeping out the “red team” (hackers) attempting to break into their environments to act as nation-state bad actors and disrupt services including their critical infrastructure. At the end of the competition, each team is scored on a number of categories including service uptime, “gree team” (end-user) functionality tests, red team score (how well you can keep them out), anomalies (computer forensic-type tasks) and others. 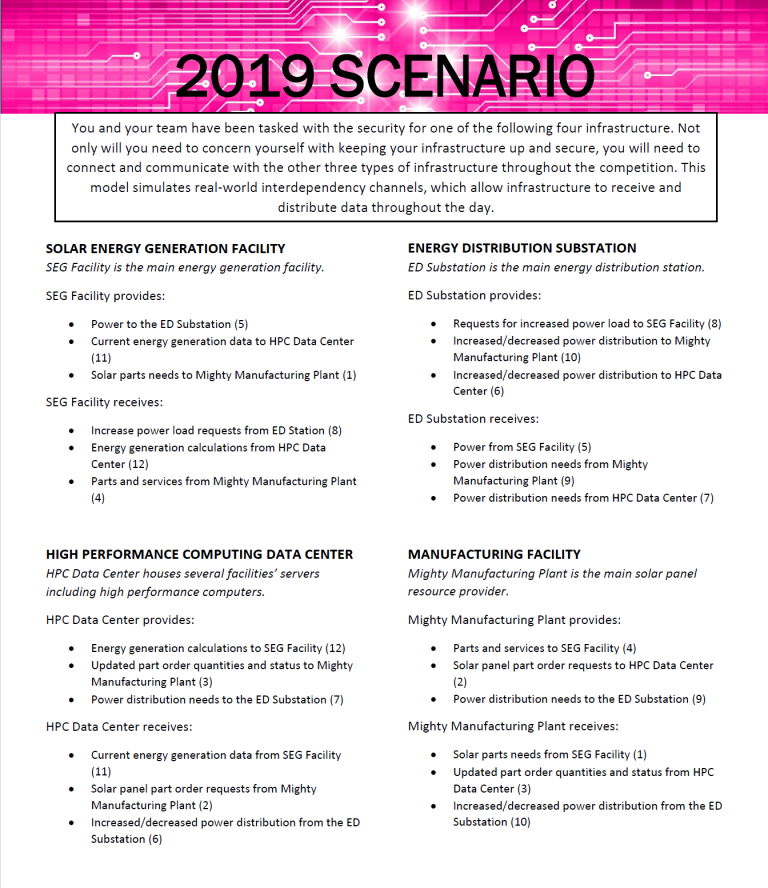 The CyberWarriors held 6-12th place most of the day, but after final tabulation finished in 18th out of 107 schools across the country in 10 simultaneously competing Department of Energy laboratories. We did, however, end up with a perfect red team score, and the highest service uptime score in the nation!

In the end, the CyberForce competition is one of our favorites and we can’t wait to compete again next year!

For more images of the competitions please visit our gallery .